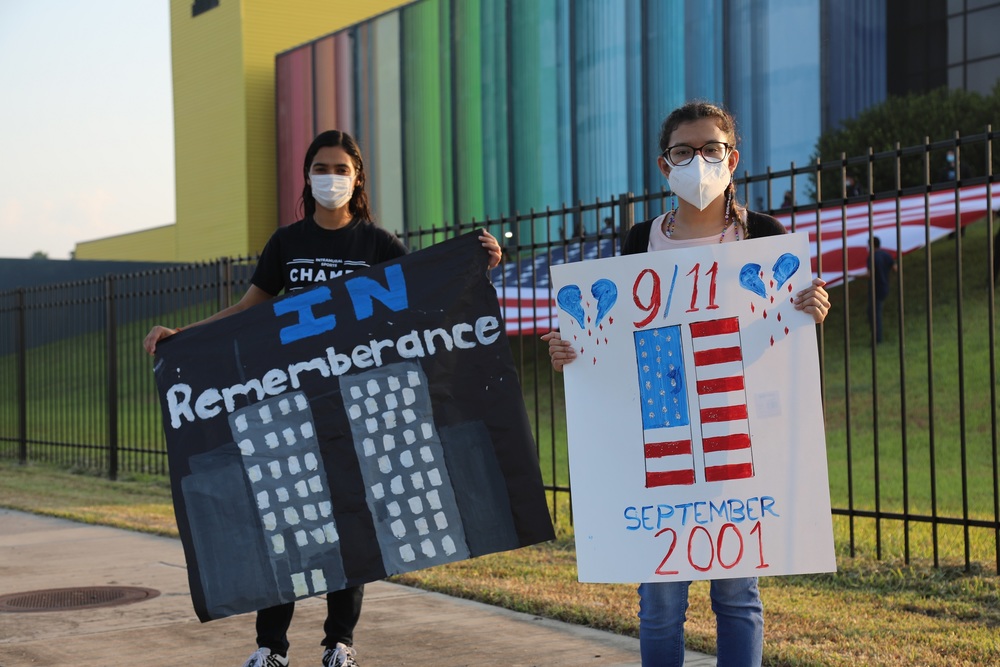 Edcouch-Elsa Students pay tribute to the victims of 9/11

Nearly 3,000 people lost their lives on the day of September 1th, a series of coordinated attacks against the United States by terrorists who hijacked four passenger jets that crashed into the World Trade Center buildings in New York, the Pentagon and a field in rural Pennsylvania. Edcouch-Elsa High School JROTC and National Honor Society students pay tribute to the victims and heroes of this attack. Today we honor those heroes that were lost on that tragic day. Never forget!